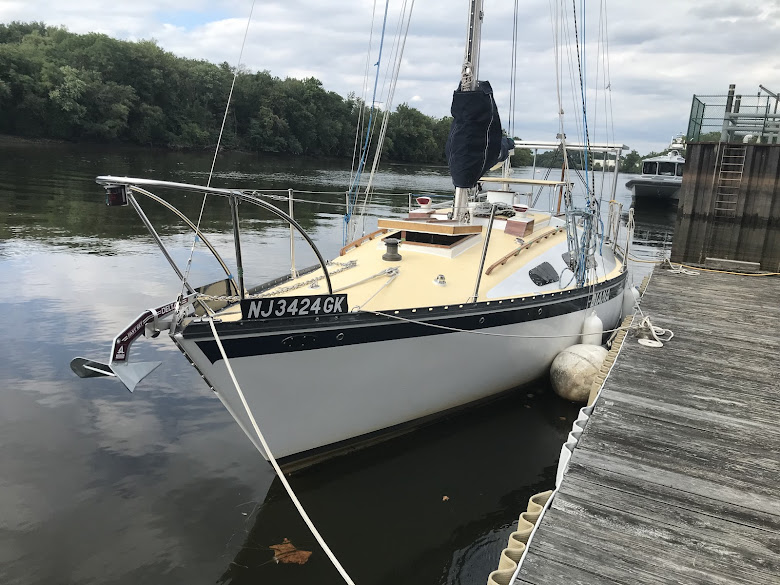 Come and see Diana on her last day in New Jersey! 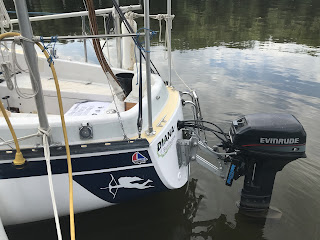 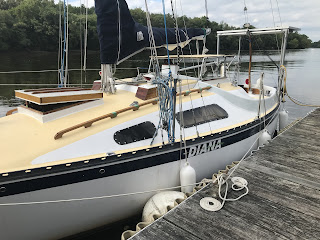 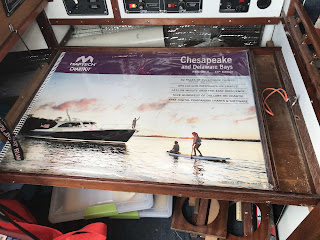 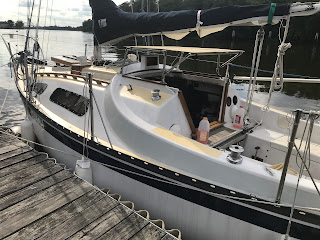 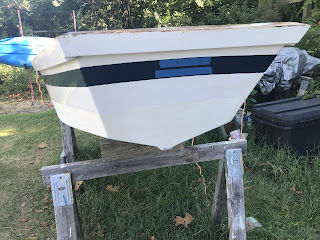 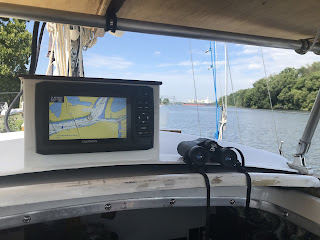 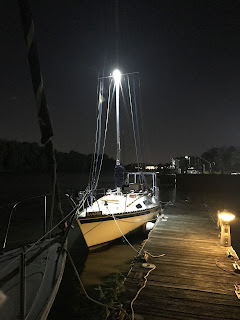 Diana of Burlington, fully-restored classic yacht designed by John Cherubini, is open to view. Diana is beginning her 1200-plus-mile journey to warmer latitudes THIS WEEK. She still isn’t totally finished (but what ‘project boat’ ever is?) but here is a rare opportunity to see how a modest but very proper cruising yacht is set up and prepared for extended living and working aboard, to ask questions and learn, to see many of the magical features that make this boat cool and unique.

Diana will be call at many ports along the Intra-Coastal Waterway but this is the last chance to see her in New Jersey for at least another 9-10 months.  All genuine interest is welcome!

Details on the FB Event page (you do not have to be a Facebook member; just open the link & read it).

Diana is 48 years old as of this past March 1st. I have had her since November 2002; and after a too-long period during much of which I was unable to do the necessary work to both restore and remodel her, she is now in the water, (very nearly) complete, and a viable sailing vessel once again.

She has not been in the water since the 1999 season. In about 2012 my friend Jerry Rohrbach was inspecting his C44 with a moisture meter and he offered to test Diana with it as well. Neither expected her to show any (potentially deadly, for a fiberglass hull) water intrusion in the laminate; and her reading were all very low, indicating a normal dryness.

Today she was put to the test, as my friends Matt and Boo and I dared to push her off from the dock under her own power.  And now that I’ve got over worrying about the motor’s reliability, I worried about how structurally sound she would be by now, especially after I’ve taken apart and reassembled virtually every single structural, electrical, plumbing and cabinetry system including detaching and reattaching the keel.

But she was fine. In fact she was more than fine. Like the long pent-up dragon in Deathly Hallows, once free she reverted to her true self, a proper sailing yacht that knows exactly what she has been supposed to have been doing all along. She had not forgot. And as well pulled up sail and turned upwind at the end of Burlington Island, she heeled over and then accelerated (as all my dad’s boats do, in that sequence) and chased the bone in her teeth. ‘I am a yacht,’ she said. ‘This is what I was born to do.’

Nothing broke.  Nothing jammed.  Nothing failed to do what it was meant to do.  The collection of parts, raw materials, paint, varnish, and Dacron just coalesced into a living, breathing boat, as though to scold me: ‘What did you think I was waiting to do all these years?  I’m a boat after all; this is what I do.’ 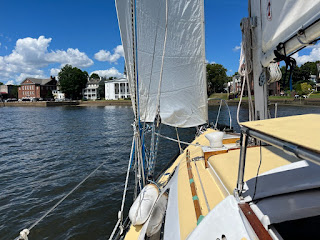 Matt said several times that he was impressed that nothing failed, or broke, or fell apart (or even slid off onto the floor below).  He sent the accompanying photo in a text message with the one word: ‘Success!’

Once I said, ‘We should check the bilge.’

‘Good idea,’ he said; and he checked.  ‘There’s about half an inch of water in here.’

‘That’s from the icebox drain,’ I said; for I had not blotted it out (and definitely should.  I haven’t drained it since the first time - I just scoop it out before adding each new bag of ice, which stands in cheap plastic box that contains the melting water.  I hate having waste water in the bilge).

Of course it was not all perfect.  The motor stalled three or four times, once at a crucial moment just before landing at the dock.  It is probably the idle mixture and I can fix that tomorrow.  Also the sail track is dirty and dry - as soon as I find any SailKote (only thing that should be used, ever) in stock anywhere I’ll lube it.  Also the downhaul tackle was off, getting an eye spliced in; so we could not definitively tension the mainsail.  These things can be done tomorrow. 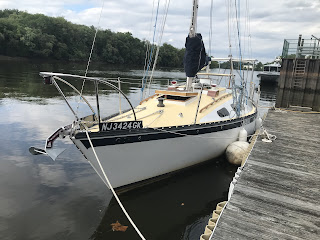 Little Diana is reborn. There’s something profound, even divine, in that.

Much thanks to all who’ve contributed, in diverse ways, to the success of this moment.

I lie here under a hazy sky squinting at the stars with a gentle westerly wafting across the cockpit.  Not too far away are the sights and sounds of the city, the whooping of kids’ hopped-up cars, the white-noise buzz of traffic on the bridge, the headlights of trucks coming down River Road from Stephens Station past the quarter-mile-long Amazon building whose lights cast eerie glows upon the water of the back channel.  Up in town the train horn moans going over the crossing.   Beside me the island is dull and dark, the occasional fish jumping at the surface.  And the zinging of crickets and cicadas is everywhere.  The bistro is long closed now, the last of the rowdy sportboats having left (at a most stirring, if overly loud) idle till they were well round the bottom point and starting up the main channel past Bristol.

Even at a dock a sailboat is still rather isolated, insulated, from the rest of the world. No-one comes down here.  Despite all the noises of the night, which I rather enjoy, actually, they belong to another world, the world of people who do not relax and never take the time to just look up at a night sky.  And I rather pity them, if only because I know what they are about; because at some times in my life I have been one of them. 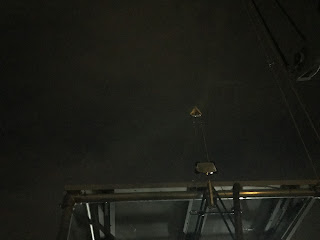 I left my job tonight, in anticipation of leaving within a few days for Annapolis, a route and destination I know well but have never taken, together, on my own.  This whole great adventure promises wonderful opportunities for lying in the cockpit till well past midnight but also the inevitability of feeling isolated and cut off from much of the rest of the world.  Just how much I will want to remain connected to the rest of the world remains to be seen.  I expect I will feel lonely at times; but I expect, and certainly intend, to revel in the peace of nights like this.

The reflection of the municipal facility’s security lamps upon the water casts weird undulating glows upon the underside of the solar panel above my feet.  It’s like a miniature, much closer version of the Northern Lights.  I could stare at that effect for hours and think about how I could never have planned for such a source of amazement.  Such little unexpected mysteries are the magic of this crazy scheme.  And I look forward to all the rest of it with a mixture of anxiety, amusement and amazement.

Antonio Carlos Jobim; lyrics by Gene Lees
1960-1963
Quiet nights and quiet stars;
Quiet chords from my guitar;
Floating on the silence that surrounds us;

To watch the world below together.

We will live eternally

In this mood of reverie,

Away from all the earthly cares around us;

My world was dull each minute

Until I found you in it;

And all at once the happiness I knew

Became these quiet nights of loving you.